Do They or Don’t They? Celebrities and Toupees 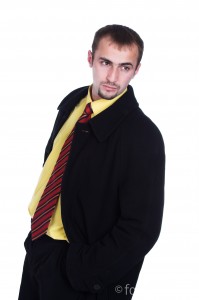 People like to speculate whether celebrities wear hair systems or toupees. We think it’s good that people speculate—but it shouldn’t be that big of a deal. In fact, if the public can’t tell that you’re wearing a hair system, then it must be a good one! You can be like a celebrity when you wear a hair system from Advent Hair. Keep your hair looking as good as it possibly can.

Bret Michaels
We’re not sure what to make of Bret Michaels, to be perfectly honest with you. He’s got hair, a bandana, and (sometimes) a hat on at the same time. Perhaps the bandana started out as a way to cover up a receding hairline and the look just stuck. What do you think? What’s going on under that bandana?

Burt Reynolds
There’s no question that Burt wears a toupee. He’s been a celebrity toupee wearer for years. We commend him for his openness and honesty about the whole thing, too!

Elton John
Sir Elton is definitely a wig wearer, too. If you see an early picture of him when he was younger, it’s clear that he’s going bald. In more recent photos and appearances, you can tell that he’s got a full head of hair. Frankly, we think the locks suit him.